DETROIT, November 11, 2021 – Rocket Companies, (NYSE: RKT) the Detroit-based holding company consisting of tech-driven real estate, mortgage, and financial services businesses – including Rocket Mortgage, Rocket Homes and Rocket Auto – today announced it has stepped in to keep art, not a billboard, on the side of Detroit’s Broderick Tower.

“When we heard this property was going to be used as advertising space again, we saw it as a great opportunity to take control of the space and bring more art to downtown Detroit. Such a high-profile location – seen all around the world during Tigers’ home games – needs to be a place to display the work of Detroit artists,” said Casey Hurbis, Chief Marketing Officer of Rock Central – the marketing provider for Rocket Companies. “We hope other Detroit companies and property owners will also explore using their buildings as canvases for local artists.”

After taking time to speak to community members and local artists, Rocket Companies selected Detroit-native Phillip Simpson to create the new mural. He is bringing his recognizable, colorful smiles to the side the Broderick Tower along with the message that Detroit is home. Detroiters can see the new piece, learn more about the design and hear Phillip describe his vision at HomeIsDetroit.com.

This installment is the latest in a history of the Rock Family of Companies bringing murals from Detroit artists to the city’s core. Recently, Phillip Simpson also brought his familiar smiling faces to the basketball courts in the Rocket Mortgage Sports Zone as part of the Monroe Street Midway – along with art from fellow Detroit artist Sheefy McFly. Other prominent murals on Rock Family of Companies buildings include Charles McGee’s mural “Still Searching” on the side of the 28 Grand building, Sydney James’ mural “Out of the Ashes We Will Rise” in the Federal Reserve building garage and Swoon’s “Monica” on the side of the Ally Detroit Center building.

Beyond its downtown footprint, Rocket Companies also proudly supports the development of public art throughout Detroit’s neighborhoods with programs like the Rocket Community Fund’s Small Business Murals Project, which has provided one-of-a-kind murals by Detroit artists to 26 small businesses in the city.

Rocket Companies invites art fans to make the trip downtown and take a photo with Detroit’s resident humpback whales, swimming up the east side of Broderick Tower, before the new art installment is unveiled on November 16. The mural is best viewed from the east end of Grand Circus Park or the corner of Madison and Witherell streets.

The painting on the side of Broderick Tower was dedicated on October 13, 1997. It was created by Robert Wyland, known professionally as “Wyland,” who attended Detroit’s College for Creative Studies. It is one of 100 “Whaling Walls” he has painted around the world.

The new mural will be printed on vinyl that will be attached to the wall. It will not permanently cover the existing whale painting.

Rocket Companies is a Detroit-based holding company consisting of personal finance and consumer technology brands including Rocket Mortgage, Rocket Homes, Rocket Loans, Rocket Auto, Rock Central, Amrock, Core Digital Media, Rock Connections, Lendesk and Edison Financial. Since 1985, Rocket Companies has been obsessed with helping its clients achieve the American dream of home ownership and financial freedom. Rocket Companies offers an industry-leading client experience powered by our simple, fast and trusted digital solutions. Rocket Companies has approximately 26,000 team members across the United States and Canada. Rocket Companies ranked #5 on Fortune’s list of the “100 Best Companies to Work For” in 2021 and has placed in the top third of the list for 18 consecutive years. For more information, please visit our Corporate Website, Investor Relations Website, Twitter page, and our LinkedIn page. 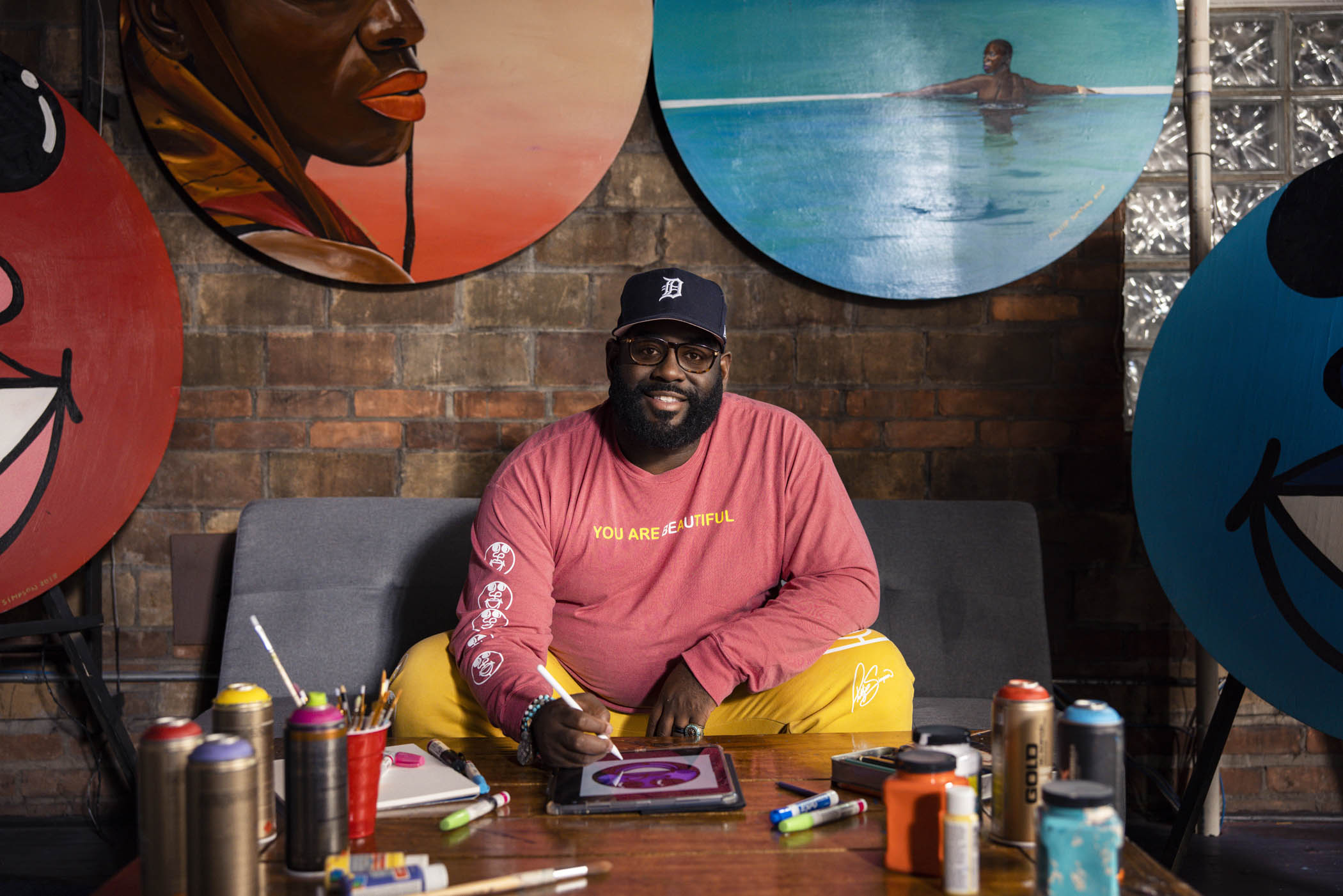 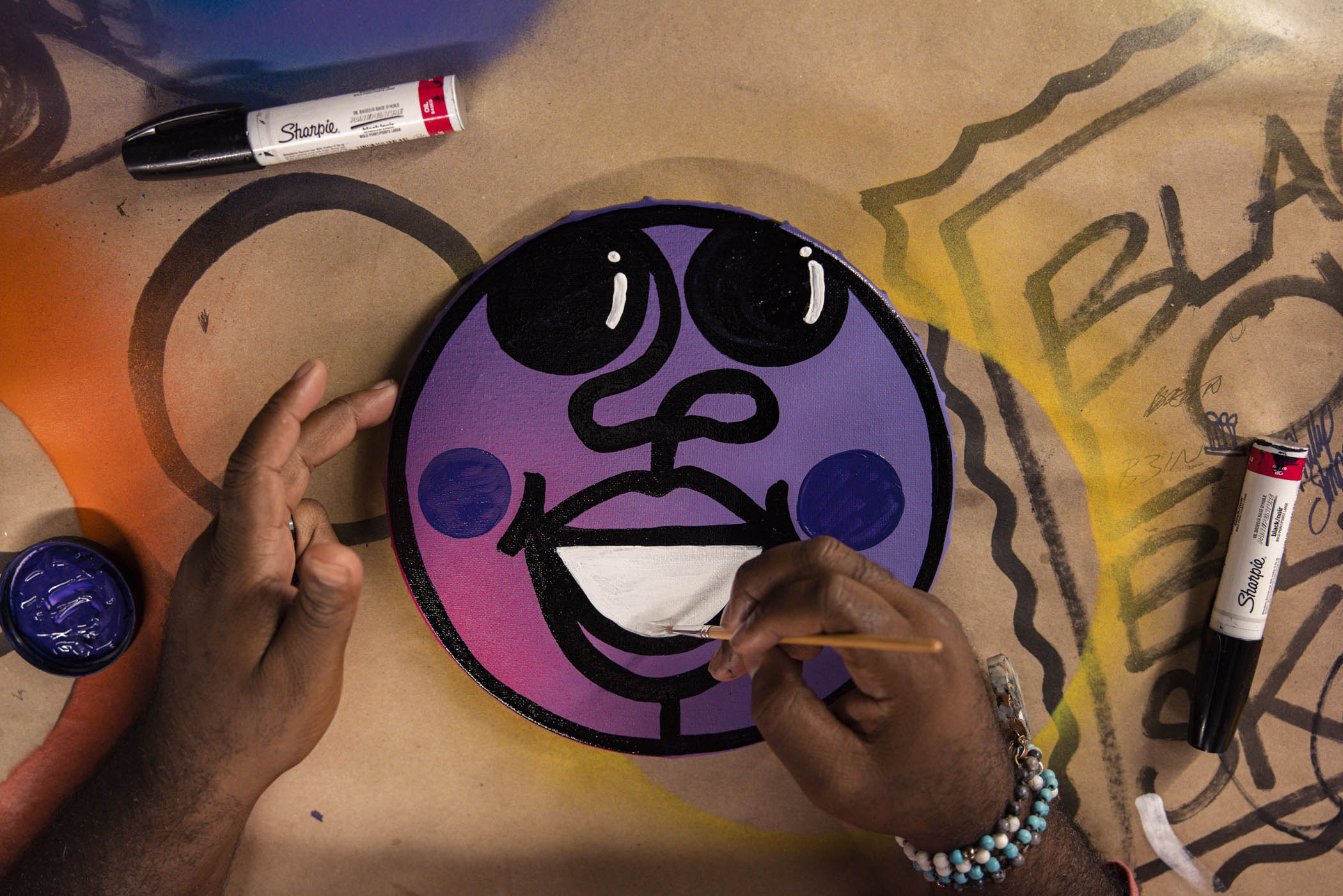 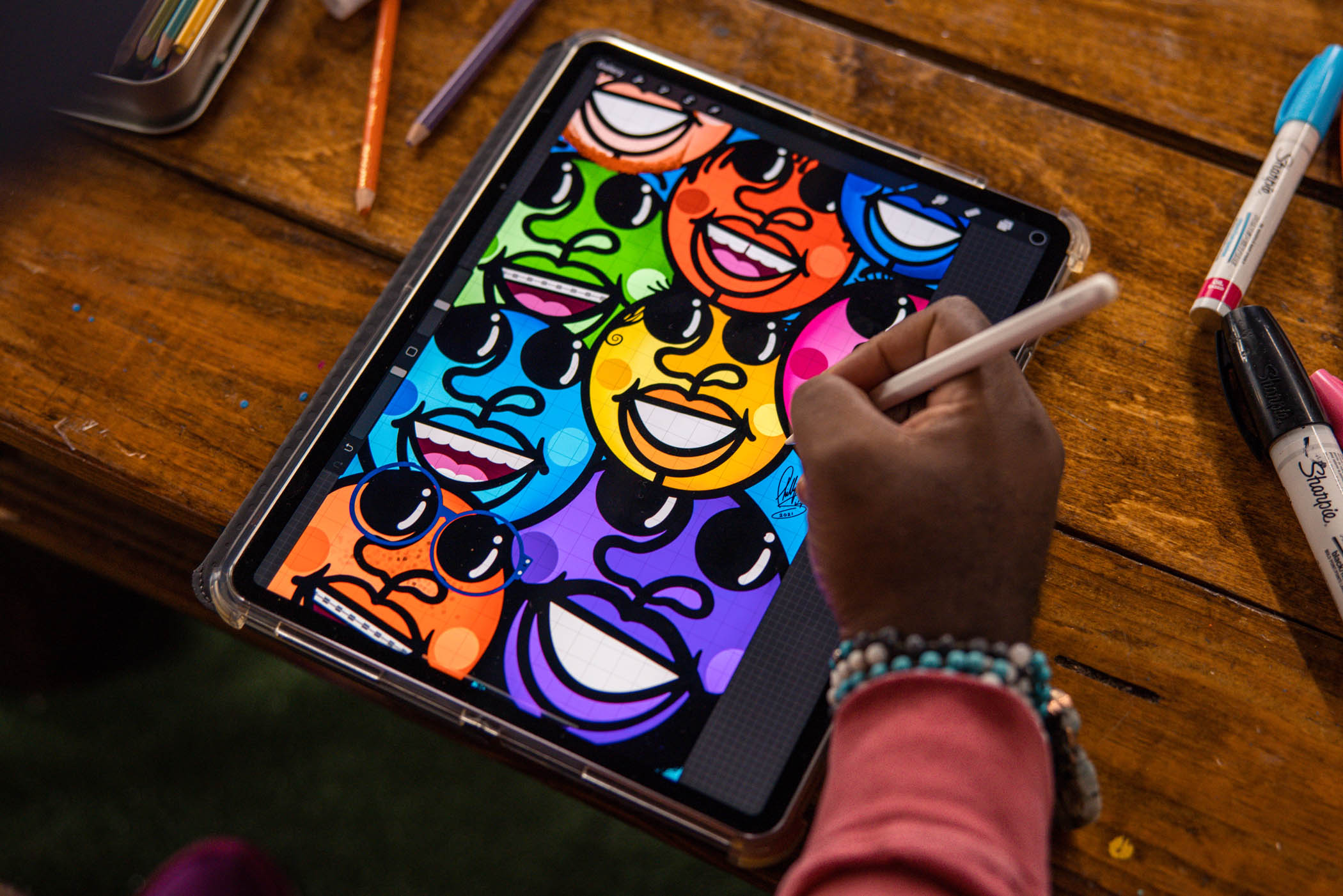 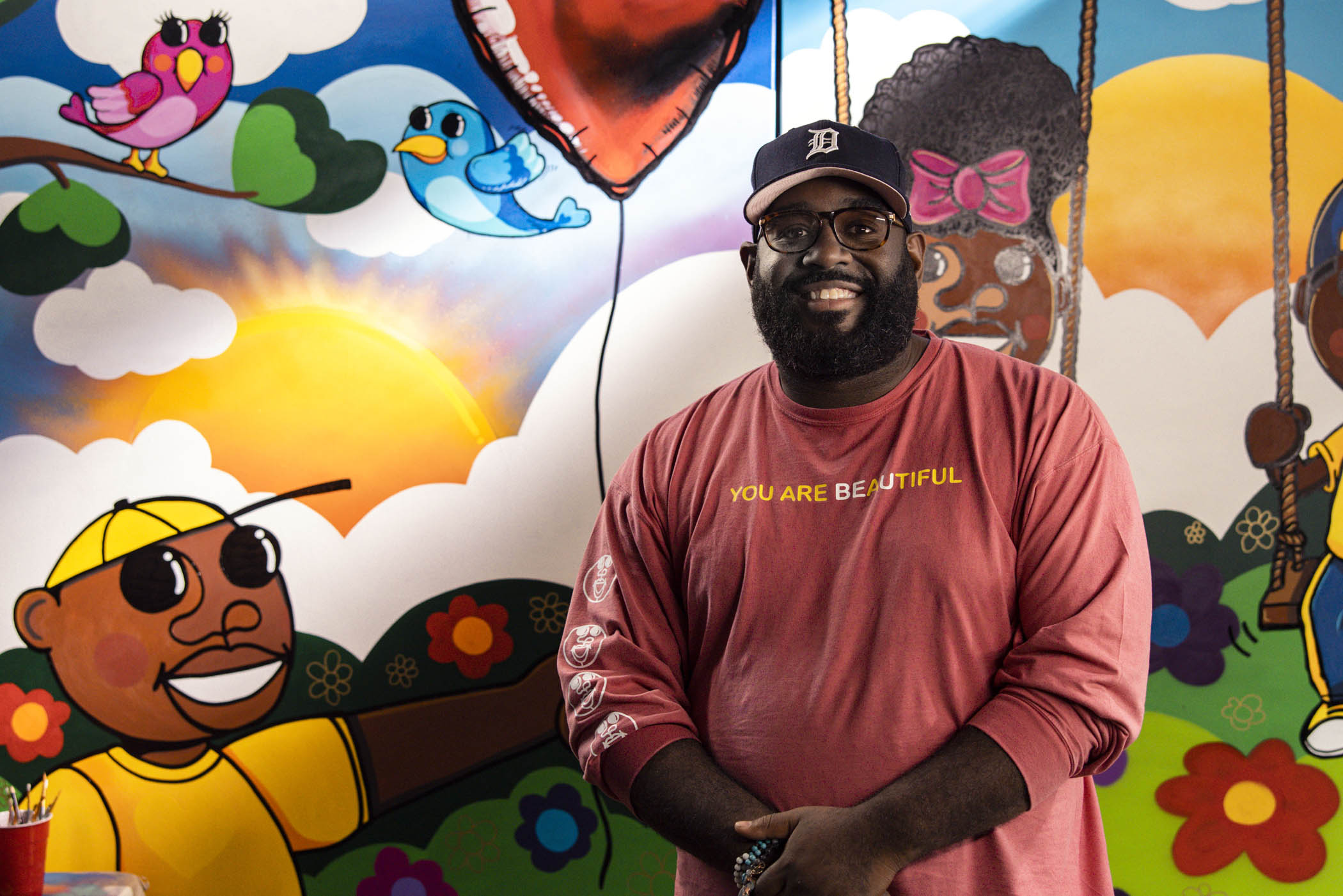 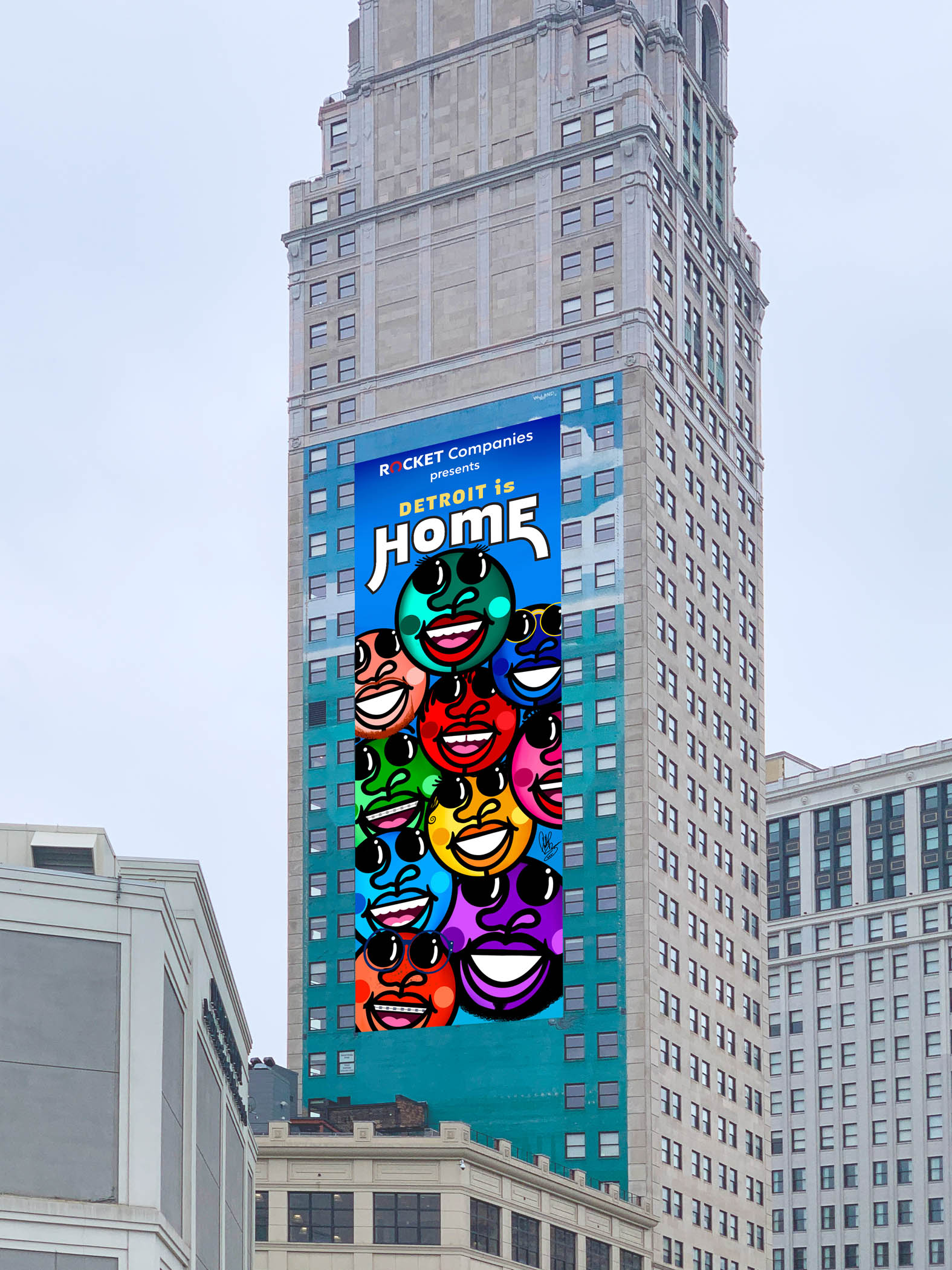